Heroes Don’t Get Any Bigger… 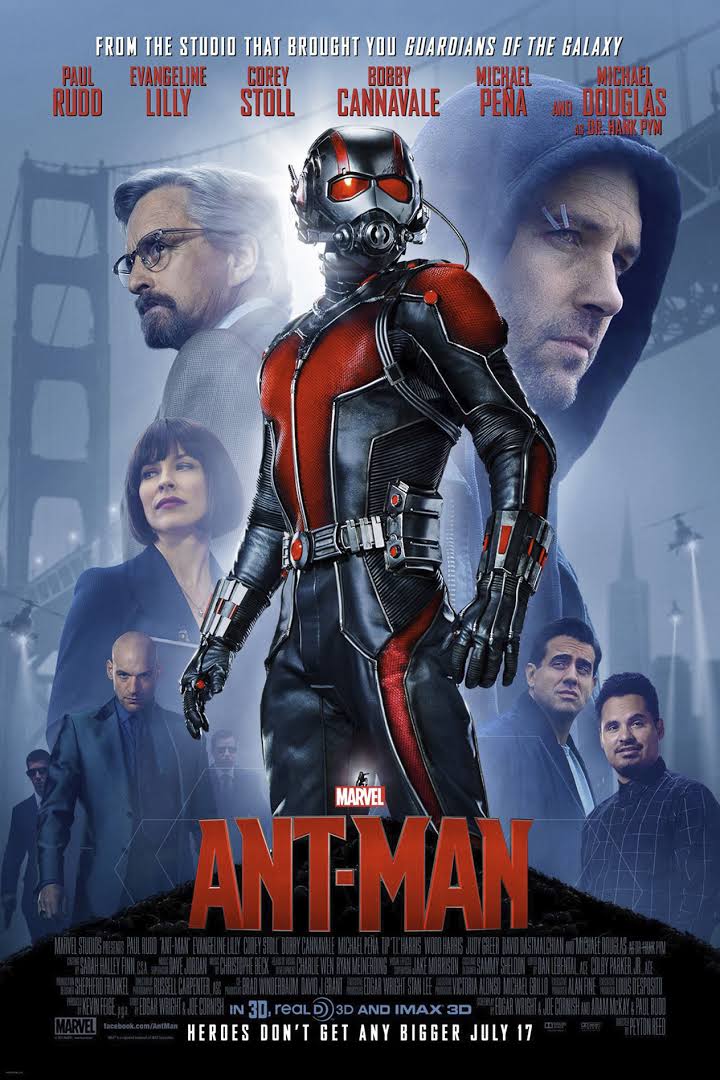 On July 17, Ant-Man hits theaters in a big way.  It will serve as the twelfth installment in the Marvel Cinematic Universe and the last film of Phase Two and sets the stage for something which has me and most other Marvel fans excited.  Namely, that something is it sets the stage for Phase Three which will not only include Avengers: Infinity War Parts I and II, the movies that everything in the MCU has been setting up for, but also will see the MCU branch out and focus on other heroes of the expansive Marvel Universe, like Spider-Man, Black Panther, and Captain Marvel.  Ant-Man starts down that path, being the first superhero in the MCU to have a solo film besides the main avengers (Hulk, Thor, Iron Man, Captain America).

The other thing exciting about the Ant-Man movie is that it will focus on Scott Lang as Ant-Man, not Hank Pym who was the original.  To me, Scott Lang was better because he was much more of an action-ready Ant-Man than Pym which made the stories more exciting, so I’m glad they are using him as the Ant-Man for the film.  I am excited for the film also because it looks to be in a different vein to the past movies in the MCU.

The film’s premise is thief Scott Lang has to aid his mentor, Hank Pym, in safeguarding the mystery of the Ant-Man technology that Pym created, which allows the user to decrease in size but increase in strength, from different, new threats, and plan a heist to save the world.  The film stars Paul Rudd as Scott Lang/Ant-Man and Michael Douglas as Hank Pym/Ant-Man.